HV Diagnostics Inc. was asked to help locate a difficult cable fault in a DC cable located at a Solar Farm in North Carolina. From all accounts, this Solar Farm had lived with this faulted cable for almost a year, resulting in a significant loss of revenue.

Prior to HV Diagnostics’ involvement in the project, there had been a concerted effort in the previous 3 weeks to locate and repair the fault by local crews. Unfortunately, none of these efforts were successful in locating the damaged section of cable. The only reward for their various efforts were a couple of dry holes in the dirt which all came up “empty”.

On arriving at site, the first task, after having the important safety meeting, was ensuring that the cable in question was completely de-energized and isolated for testing purposes. Next, we had to clearly identify both ends of the suspected cable and establish if the cable was indeed faulted to ground or not. A quick DC proof test identified the faulted cable conductor.

The cable route and therefore the length of the cable was not clearly defined or known. The perceived cable route turned out to be largely incorrect. We did, however know the two end termination points of the cable – the Combiner box panel on one end and the respective Inverter panel on the other.

Since we were unsure of the exact cable route, the fault location distance is given as a percentage of the cable length. Not knowing the exact route or length of a cable is not unusual, particularly when working on older installations. However, if the user knows the cable length, the Digi-Bridge will report the distance to the fault in feet or meters, depending on the units chosen. The straight-line distance from the inverter to the combiner panel was about 350 ft, so the cable length would be this (at a minimum) or more depending on the actual route taken.

For this fault pre-location method to work, the technician also needs to connect to an adjacent cable/s that runs parallel to the faulted cable. In conventional Three Phase AC systems, this is normally one of the adjacent phases. In DC Systems that are made of numerous equal positive and negative cable pairs, this adjacent cable is typically the cable of opposite polarity to the faulted cable. In this particular case, we conveniently used the adjacent negative cable that ran to and from the same end termination points.

The Digi-Bridge measured the distance to the fault to be 10.7% from the Inverter station. We now knew the radius of the area where the fault was located, so we focused our attention on this zone. This is important for the next step.

The following step is locating the exact position of the fault. This is done using the Digi-Bridge’s fault pin-pointing mode. Here a signal is injected into the faulted cable and, using the special A Frame receiver, the suspected fault zone area is analyzed by inserting the probes of the A-Frame into the soil. This method works for direct buried cables and not generally when cables are in conduit.

Within a few minutes of canvasing the localized area, the fault was located. It happened to be in a very different area to where the cable was supposed to run.

The area was then carefully excavated using a backhoe, finally exposing a multitude of various cables. Further careful digging by shovel and then hand, exposed the faulted cable that lay underneath the nest of cables.

The elusive cable fault had been located. A stone was found directly above the damaged area. This had obviously punctured the cable causing it to fault. The crews then cut out the faulted section and replaced it with a “dutchman” which is a short section of cable with two splices.

Having the right people using the right equipment with a clear sound technical approach, made a very difficult elusive fault, that had taken months to find, only take a few hours to locate and repair.

For more information concerning the Digi-Bridge or if you need to contact HV Diagnostics, Inc. for service or support, please see the below links. 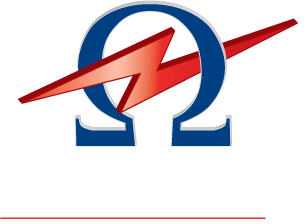